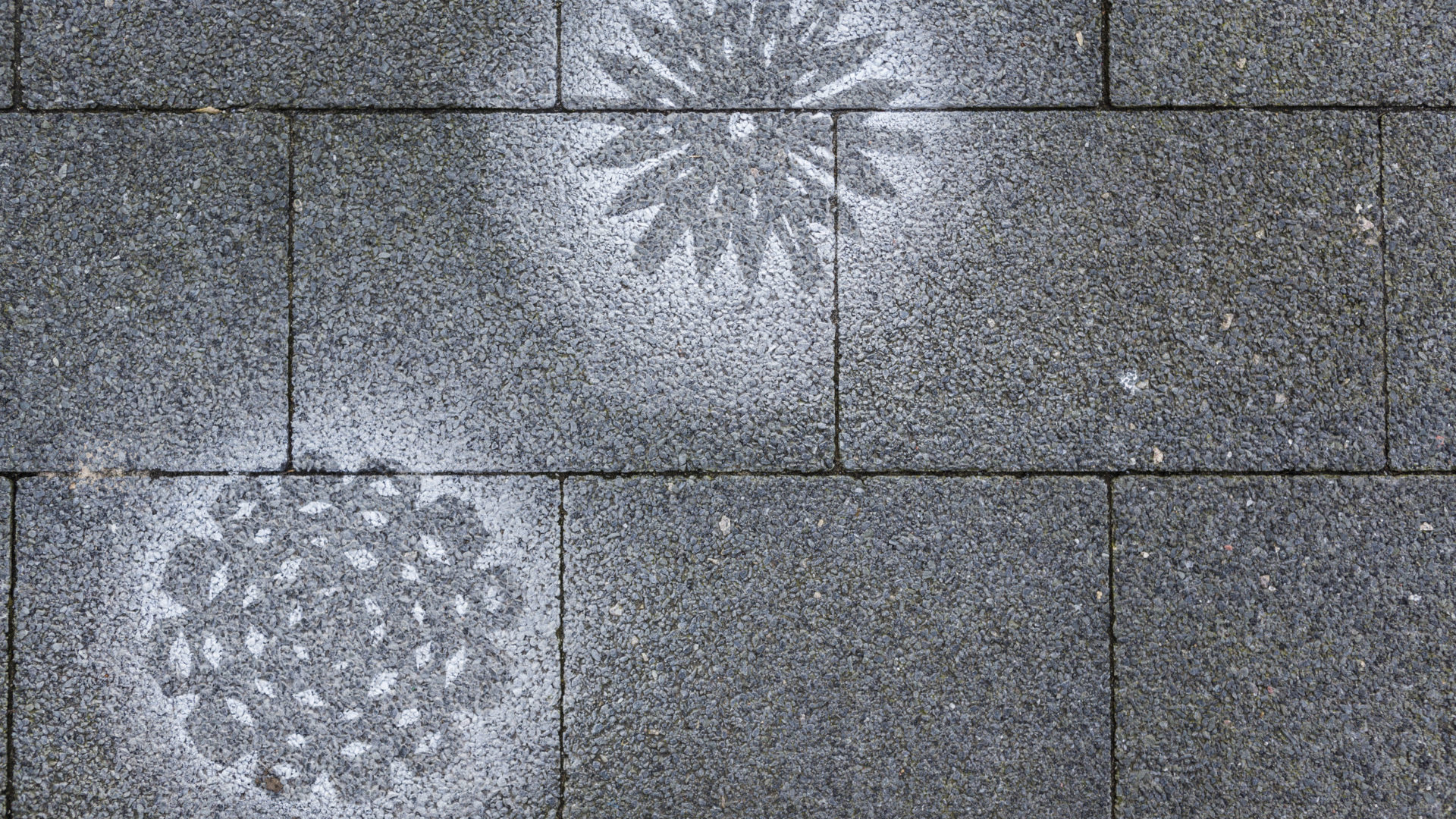 Snowflakes is a permanent public artwork for Oasis Academy John Williams by Anna Barriball. The artwork uses 720 paper snowflakes made by students and staff and painted on the ground in the front and back of the Academy.

Launched in 2013, Snowflakes is only viewable by appointment, but is enjoyed by hundreds of students and teachers every school day.

Anna Barriball was commissioned by Bristol City Council and Situations to produce a permanent artwork for the new school one of 26 new Oasis academies built in England between 2008 and 2013. During her first site visits to the former school building, marked for demolition after 60 years, the artist was struck by the traces of its former occupants – the curtains bleached by years of direct sunlight, finger marks on the doorplates and a group of snowflakes affixed to classroom windows. These marks acted as evidence of the heightened sense of time passing in a school environment. The corridors were eerily quiet. Coat hooks empty. Tables and chairs stacked. Stores depleted. A context rich with nostalgic potential, but challenging as the impetus of a new public artwork.

Barriball explores and depicts the accretion of time in her work – from the length of time it takes for a candle to burn down to the repetitious activity of taking graphite rubbings from objects that bare the traces of their use or function. Her processes often involve multiple marks, impressions or the meticulous re-drawing of surfaces. At the former Hengrove school, the found object of the paper snowflakes acted as a catalyst for a collaborative, creative process with all students and staff to mark this moment of transformation in the school’s history.

Each person was tasked with making their own snowflake cutout, which in turn would act as a template for a series of individual snowflakes spray-painted across the surfaces of the school pathways and playground surrounding the new building – a permanent snowfall in place as each season. Each painted snowflake location was recorded and a map produced for everyone who contributed a snowflake to the work.

As well as the painted snowflakes, the project produced two books with images of all the flake templates with the names of the person who made them. One book is held at the Academy, the other is in the collection of Bristol Museum and Art Gallery.  The book acts then as a memento mori of sorts for a collective school body in the summer of 2012. As the cycle of the school year continues, year groups and staff move on. As with the snowflake, the pattern never repeated.

About the artist
Anna Barriball’s work often involves minimal interventions through drawing and sculpture. Much of her practice explores and depicts the accretion of time – from the length of time it takes for a candle to burn down to the repetitious activity of taking graphite rubbings from objects that bare the traces of their use or function. In her hands a map of the world is transformed into a strange expanse of shimmering substance, or the bounce of a rubber ball on a piece of paper creates the effect of a cosmic explosion. Her interventions produce objects that combine a minimalistic rigour and the seemingly endless endeavour to make sense of the world of objects by empirical study. Anna Barriball is represented by Frith Street Gallery.

This commission is part of the city’s Building Schools for the Future programme and is funded by Bristol City Council.