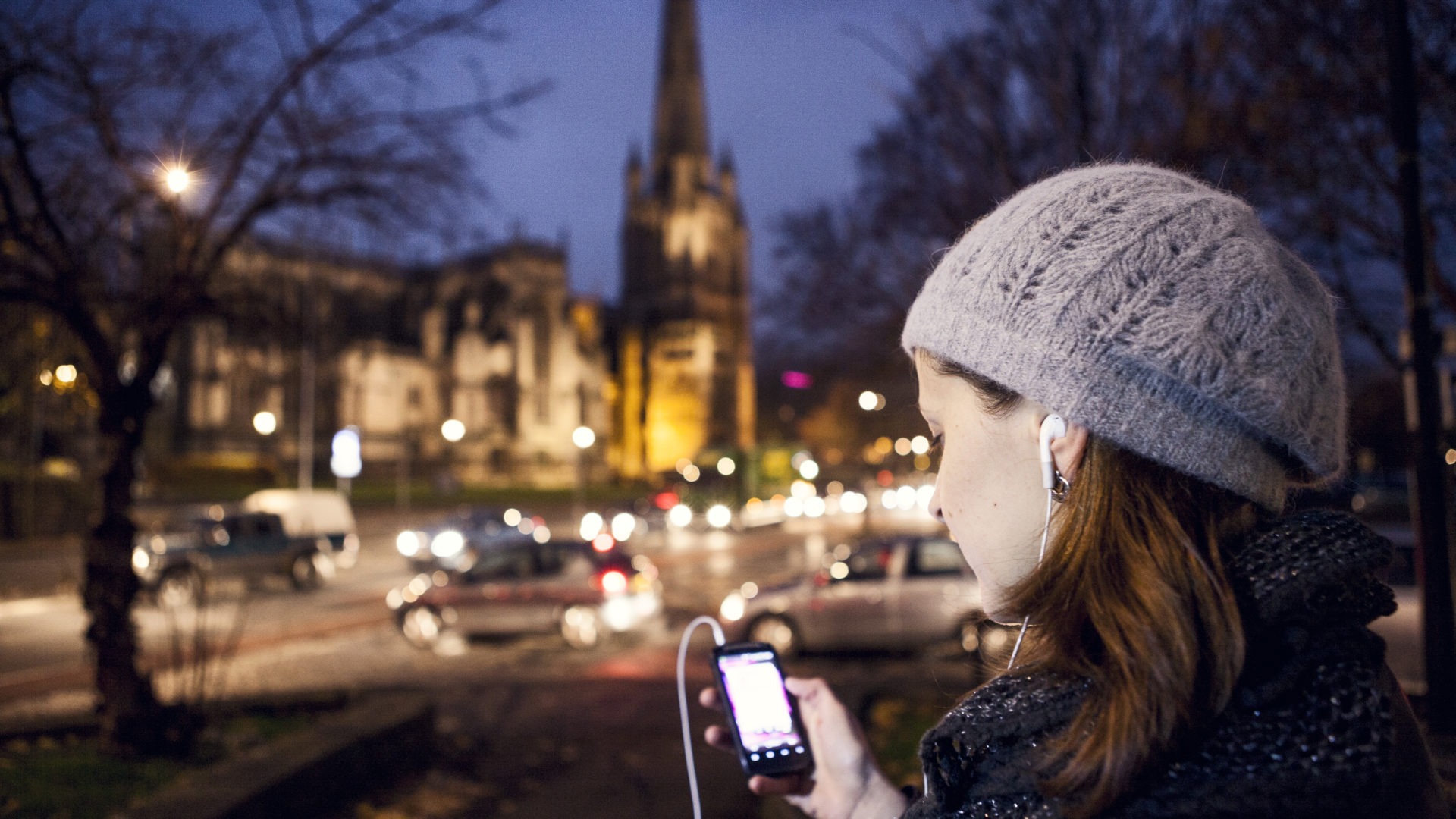 Missorts by Tony White was an immersive soundwork created for the Redcliffe area of Bristol that combines music and spoken word.

Launched in 2010, it is now viewable on a static microsite where you can also download the audio tracks at missorts.com.

“It is an intriguing adventure in the relationship between technology, art and the city. Guided by sounds, the city became a canvas for an alternative experience.” New Statesman

The stories unfold between Bristol Temple Meads and Redcliffe Bridge, near Thomas Chatterton’s birthplace and St Mary Redcliffe, and are accompanied by the Portwall Preludes, a series of striking new musical works specially composed by Jamie Telford for St Mary Redcliffe’s Harrison and Harrison church organ in what was its centenary year. Inspired by Bristol’s radical literary heritage, Missorts reflects the past and present of the Redcliffe area of the city and the diversity of writings, objects and architecture that are found there.

Missorts was originally designed as a smartphone app, a continuous soundwork that activated automatically in the Redcliffe area of Bristol, and could not be accessed anywhere else. As the listener walked around Redcliffe, stories would be encountered, triggered by GPS in the locations where they were set, the overall experience shaped and edited by the listener’s own route through the project. Stories and music can be listened to in any order.

A new browser-based archive version of the project was created in 2014 at www.missorts.com, the location-specific aspect of Missorts is now lost, but the stories – and Telford’s Portwall Preludes – can now be listened to anywhere as individual tracks, without the need to download a special app.

The stories
Sara Bowler, everyone heard the scream
Thomas Darby, a bricked-up doorway
Helen Thornhill, a hall of mirrors
Katrina Plumb, witness to the tides
Hannah Still, forward and backward in time
Holly Corfield-Carr, this is where you remember
Jack Ewing, how it happenend
Isabel de Vasconcello, lose her again, but forever this time
Jess Rotas, ‘no one wants me here’ Betty said
Sacha Waldron, slowly turning into stone

About the composer
Jamie Telford has a career steeped in all forms of music-making. He has recorded and toured with The Jam and a host of other bands of all shapes and sizes, and composed music for advertising, film and the theatre, including for Yuri Lyubimov’s Leicester Haymarket global tour of Hamlet. A trained architect before turning his talents to contemporary classical music, Jamie completed studies in music at Brunel University.

Launch event with Beaty Heart
Beaty Heart was formed in 2010 as a three-piece video art and music collective based in Peckham, South East London. We invited them to work with Jamie Telford’s Portwall Preludes for the launch of Missorts at St. Mary Redcliffe church, Bristol in 2010.

Their innovative approach to music & performance has seen them work with Ron Arad, as part of his Curtain Call installation, The Roundhouse Choir and The Very Best’s Johan Hugo in collaborations that has won the band has praise & admiration from the music press tastemakers, including The Guardian, Clash, Planet Notion, NME and Time Out.

About the artist
Tony White is best known for his novel Foxy-T, published by Faber and Faber, which has been called, ‘one of the best London novels you’ll ever get to read.’ Tony’s latest book is Dicky Star and the garden rule (Forma), a specially commissioned novella published to accompany a series of works by the artists Jane and Louise Wilson reflecting upon the Chernobyl disaster.

He has been writer in residence at the Science Museum, London, and Leverhulme Trust writer in residence at the UCL School of Slavonic and East European Studies. Tony White has given hundreds of readings from his novels and short stories in the UK and internationally at venues ranging from the National Portrait Gallery, London to the Glastonbury festival. Tony White collaborated with Blast Theory to write Ivy4evr, an SMS-based, interactive drama for young people broadcast by Channel 4 in October 2010 and nominated for a BIMA award in 2011 by the British Interactive Media Association. Tony has edited and published the artists’ book imprint Piece of Paper Press since 1994 and is currently chair of London’s award-winning arts radio station Resonance 104.4fm.

Missorts by Tony White was commissioned by Bristol City Council as part of its Bristol Legible City programme and was produced by Situations.

All stories © the authors, 2012.
Edited and abridged by Tony White. Performed by Bryony Hannah and Benjamin O’Mahony. Produced by Nick Murphy at the Sound Company. Post-production by Jamie Telford.