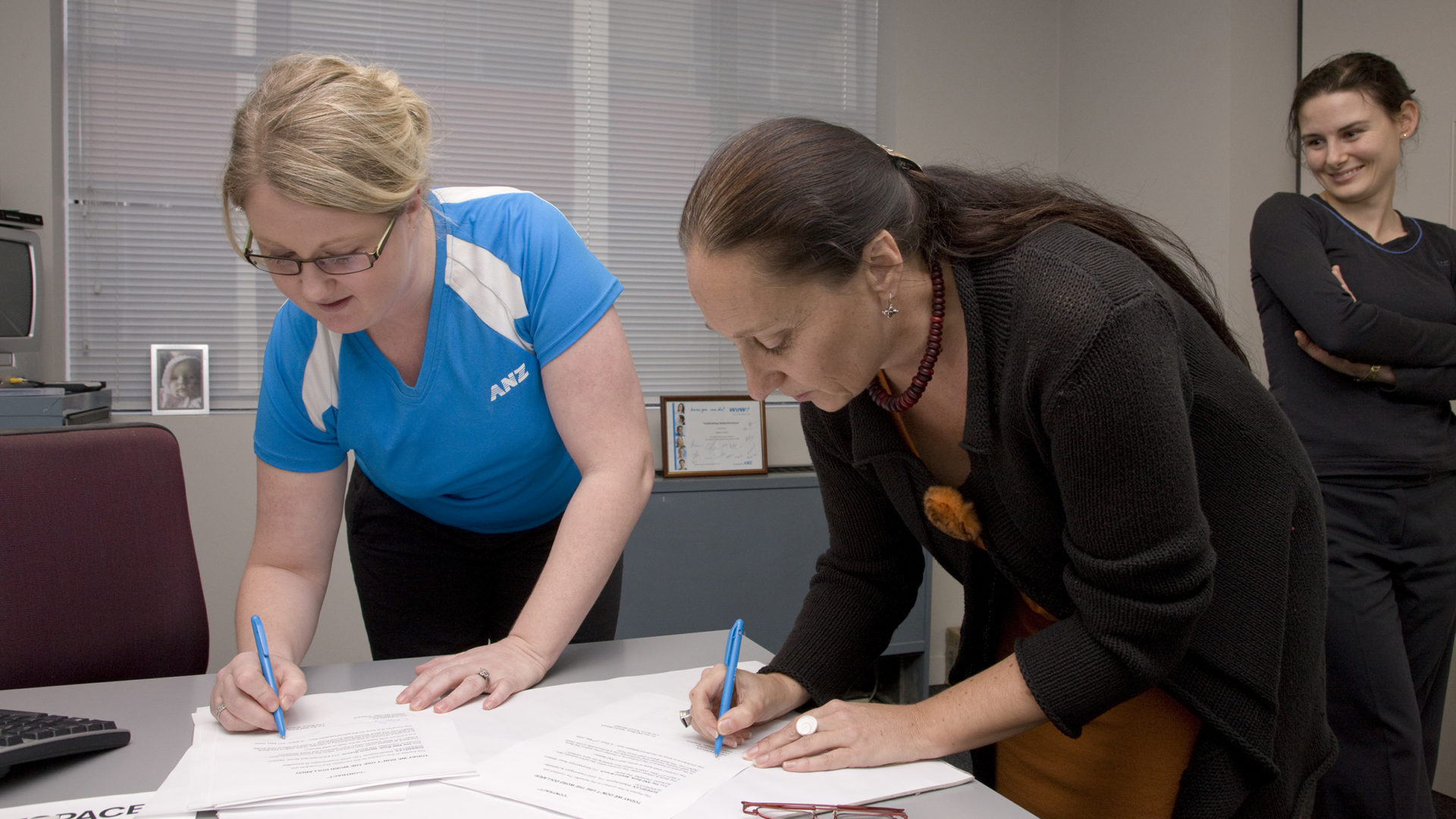 Superflex, Today We Don’t Use the Word Dollars

A contract was established between the artists and an Auckland based branch of the ANZ bank that required any staff member to pay one dollar to their staff social fund every time she or he used the word “dollar”. The contract, signed by the bank manager and SUPERFLEX, was printed, framed and displayed in the staff room for the duration of the day.

The agreeable-sounding “we” in the artwork’s title helps the rules of the temporary ban resemble a party game. To avoid a certain word, though, is often a serious business: to recognise the politics of language and its potential for impact within economic systems of power. This project suggested the possibility that “dollar” is a dirty word, with the fine operating something like a swear jar. “Dollar” names many currencies including the New Zealand dollar, but is overwhelmingly associated with the United States and its history, and thus with American mythologies of wealth and success. It is clear that the dollar has more than a literal weight.

Superflex were extremely formal in establishing a legal contract, differentiating the experience from a training exercise or workshop. But if the value of the dollar is unstable in so many ways —between credit and cash, between currencies, between exchange value and cultural capital— the case of art here is no less complex.